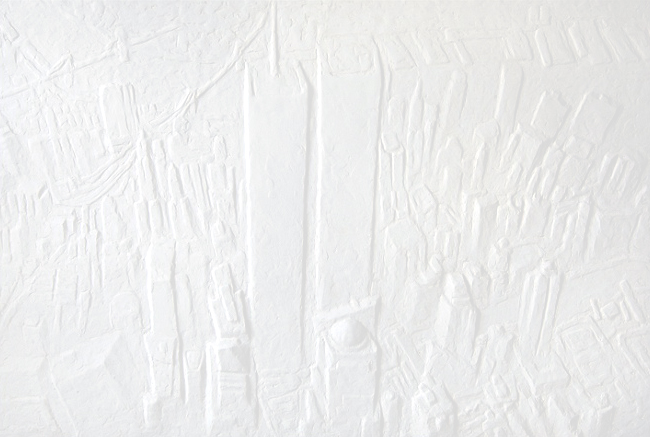 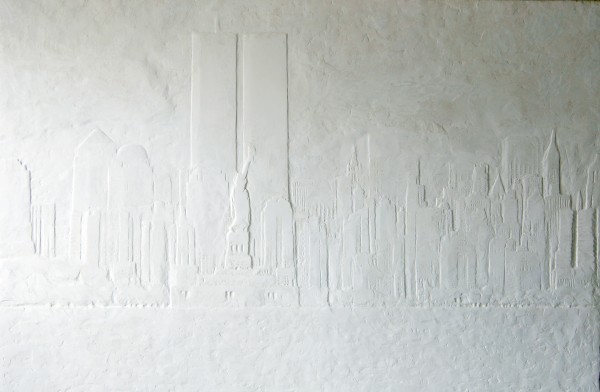 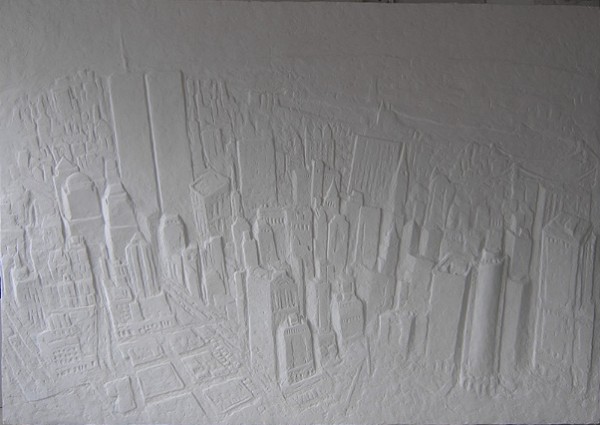 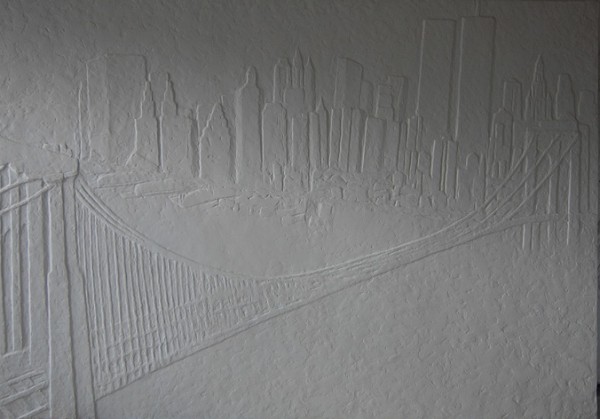 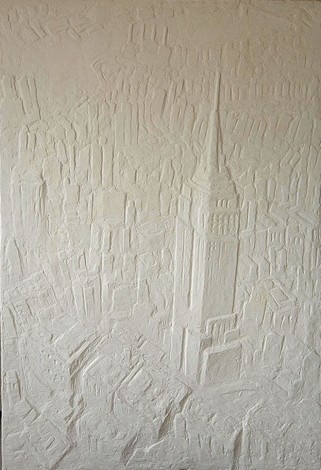 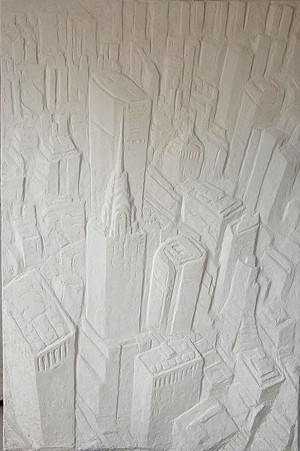 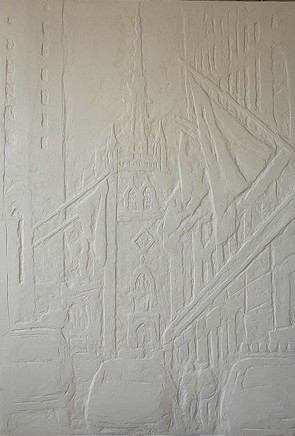 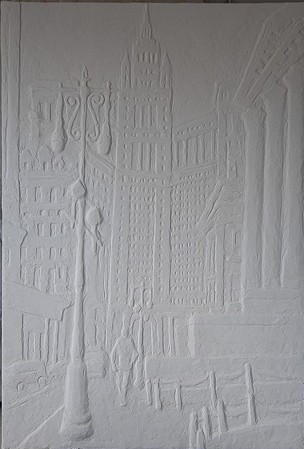 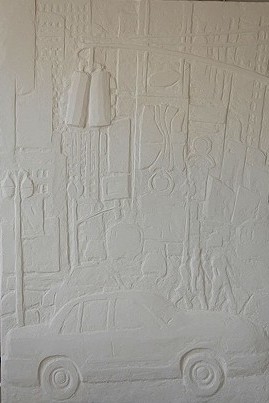 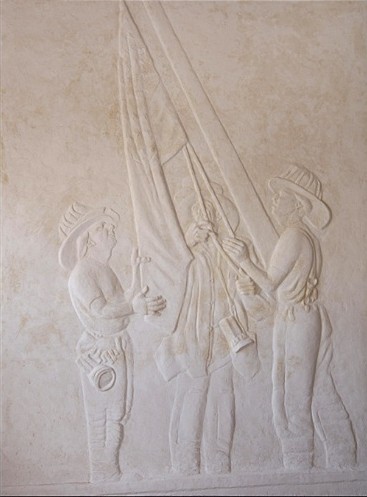 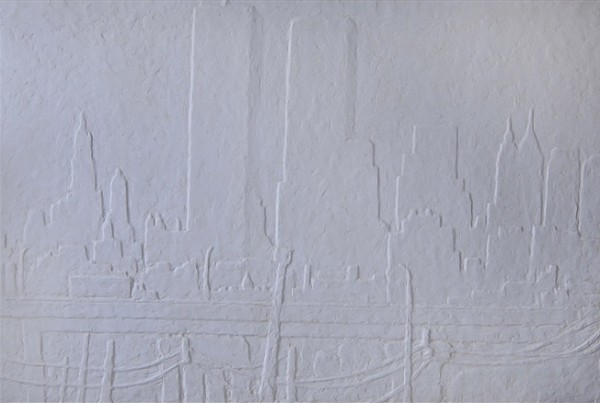 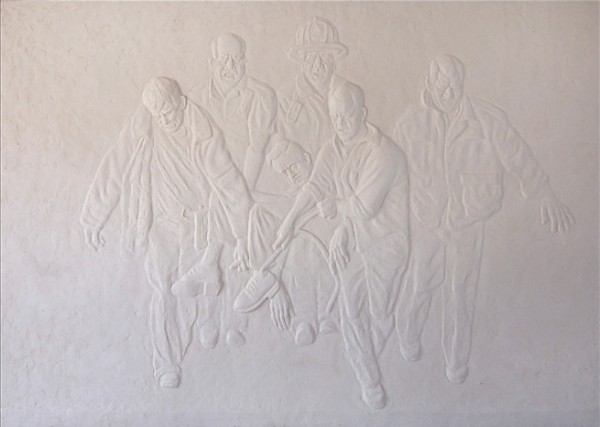 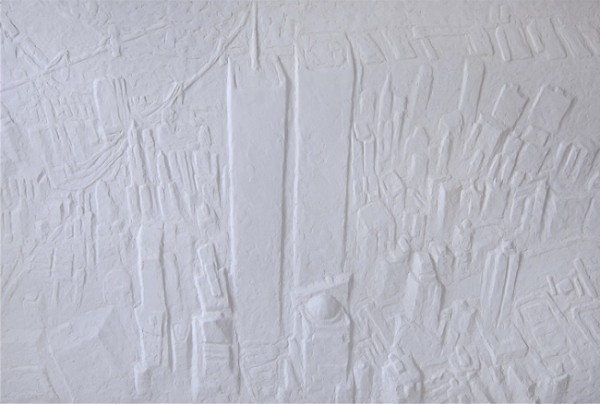 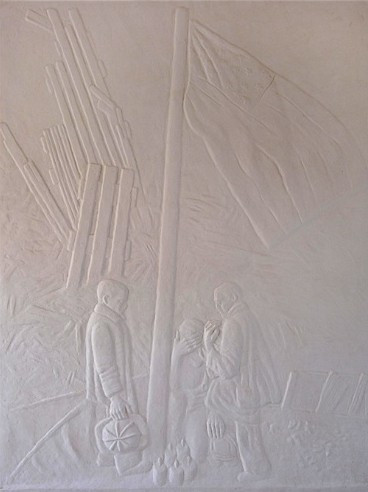 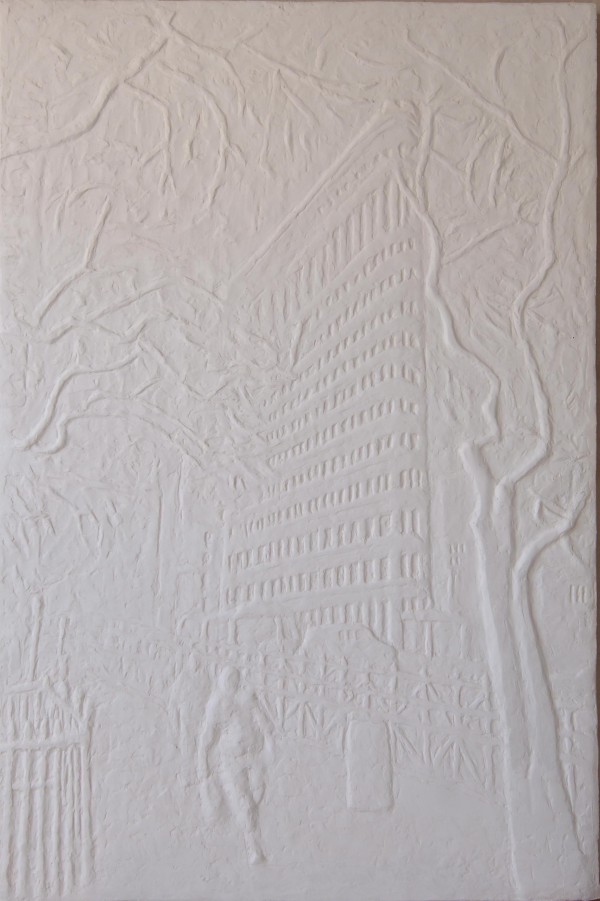 ”On September 11 the terrorists hit not only America, but everything I had believed in. That was an attack on civilization and democracy. It was also an attack on my dreams, on America that was to me – and countless others, I’m sure – the promised Eden. I do believe that good will triumph over evil. And although I do not know what needs to be done to make it happen, I do know that tragedy brought out great heroism in many people: firefighters, police officers and others. They have to be remembered…

Please, notice this: my previous works were much different, both in form and subject matter. The attack on WTC changed that. America is the land of opportunities. I think She should be appreciated for that. I am absolutely positive that the greatest value in the USA, and at the same time the greatest pride of this nation, is giving huge numbers of people from all over the world the hope for a good life, the opportunity to pursue their professional, academic or artistic careers. The USA offers tremendous opportunities, it is the land of dreams for millions of people. What happened on September 11 was to people like me not only an attack on America, but the attacks on dreams. I couldn’t have not done those reliefs.

They are my tribute to the USA, to its citizens, to democracy and also to the opportunities that this country gives to so many. And believe me, however bombastic these words may sound, there was nothing artificial, fake or opportunistic about my decision to make those pieces.In the future I’d like to return to my old style. And I know I will. I’ll put it this way: I strongly believe that I will never have to work on pieces like the WTC reliefs.
I simply hope that a nightmare similar to September 11 will never happen again.
God bless our dreams…”

Stoian Valkov, a sculptor educated in Europe, is my former student. I have been closely following the development of his career for the past ten years,
i.e. from the day of his artistic debut. It was back in 1996 in Poland, where the Bulgarian artist had studied and first began his artistic career. Valkov’s first pieces were a set of me welded sculptures representing heads and busts of Gypsies. The sculptures made a lasting impression on the viewers; they delighted the audience with the perfect control of form and the disquieting power of expression. Their original texture and rich colors were equally praised. I was convinced that even at that early stage in his career Valkov was able to find his own, original voice, something that takes other artists a lifetime, quite often with no success. To me the uniqueness of “Valkov’s style” was both in the form he used in his works and in the Gypsy theme, the subject matter rarely explored by others. I wanted the artist to stick to his “style”.
Several months ago Stoian Valkov sent me some pictures of his work dedicated to the memory of the World Trade Center victims and to the tragedy of September 11.

I looked at them with some trepidation, not because I didn’t like them, but because I feared opportunism of sorts – I feared the artist wanted to be noticed in the US by exploring the “martyrdom” and “fashionable” themes. My fears disappeared after an exchange of letters and long telephone conversations with Valkov. As a result I understood what the events of September 11 really meant to him and why he simply had to make those pieces. Our conversations also made me realize that Valkov was a born immigrant, “the eternal Gypsy”, constantly looking for a better place to live. First he left his native Bulgaria to move to Poland. Later he decided to emigrate
to the US. It was in the USA that, as he himself admits, he found what he had been looking for: proper conditions to pursue his artistic interests, financial
stability, friends and extraordinary, vibrant culture. Among the icons of that culture he saw New York City’s magnificent skyscrapers, especially the WTC towers. He had visited them numerous times, always admiring the imaginationof their designers and the skills of their builders. He prayed that his own sculptures could leave that kind of impression on the audience. On countless occasions he would look at the NYC skyline from the top of the WTC and saw the symbol of the world that he had yearned for all his life.
The attack on the WTC was to Valkov’s an assassination attempt at his own person, at his very dreams. He could not shake off the images of that
tragedy. He followed every media report on TV or in the newspapers, his heart went out to the victims’ families and to the heroes among the police officers and firefighters who selflessly tried to help those trapped in the Towers. The agony of the Towers and the screams of the victims returned to haunt him at night. He could not put the nightmares behind. As a result he grabbed a pen and wrote a poem dedicated to the victims of the tragic events…An soon thereafter he took
his scrapbook and sketched a set of sculptures that would later become a series of reliefs.

The series “WTC – My Memories” is made up of seven plaster reliefs. They are large rectangular works (from 9 by 6 to 4.5 by 3 meters) in natural
white. The pieces are arranged chronologically to make a complete set. The first three show wide panoramas of Manhattan skyline. In the first relief one can see the distant Statue of Liberty and the WTC towers. In the second piece the towers are shown close-up among other buildings. The third relief presents a similar view, but this time from above. Those first three pieces are clearly peaceful New York City landscapes. The next two reliefs are nothing short of Apocalypse: some people carry a wounded man, others are running away in panic… The last two works show firefighters flying the flag and paying tribute to their fallen comrades…
Valkov – an artist who up to that point had been using a very elaborate, extravagant form – purposefully chose a quiet tone for his work. He used a toned-down relief and the natural, white color. The themes in this work are clearly readable, yet very subtle. That, and the use of white, makes them concise and somewhat de-materialized they all function more as symbols, rather than actual images. The reliefs showing the tragedy of September 11 are particularly strong from the visual point of view. Although they only present little snippets of the day’s events, each of them projects full drama of the situation: the fear of the passerby, but also the heroism of those who gave their lives to save others. This very modest, yet synthetic visual form is fully effective in projecting thework’s message.