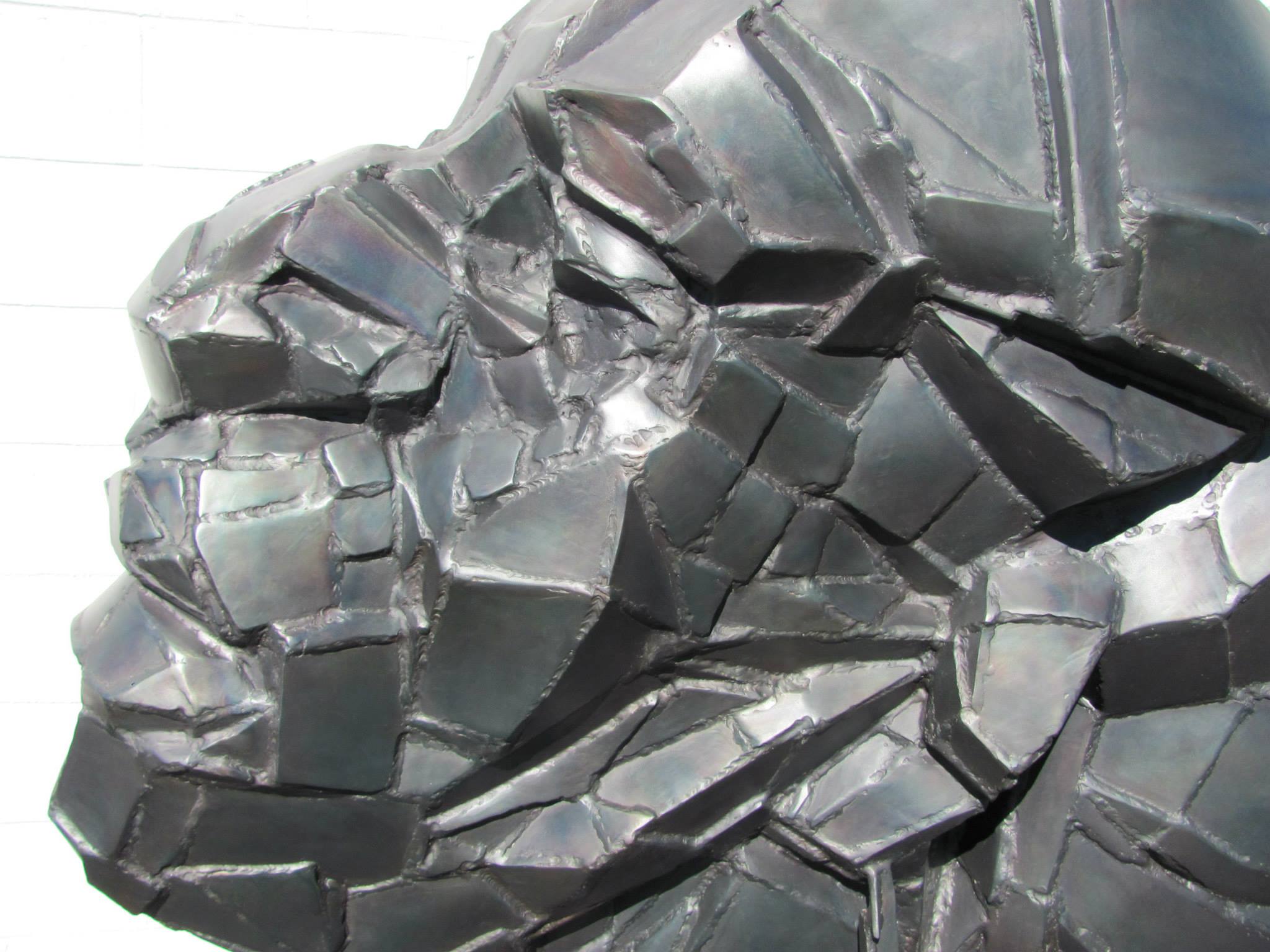 „Gypsies constitute a recurring motif in Stoian Valkov’s works. It may be because the artist’s life has been for many years not unlike that of gypsies – always on the move, always looking for a place to settle down”.

,,The Fate of the Gypsy” 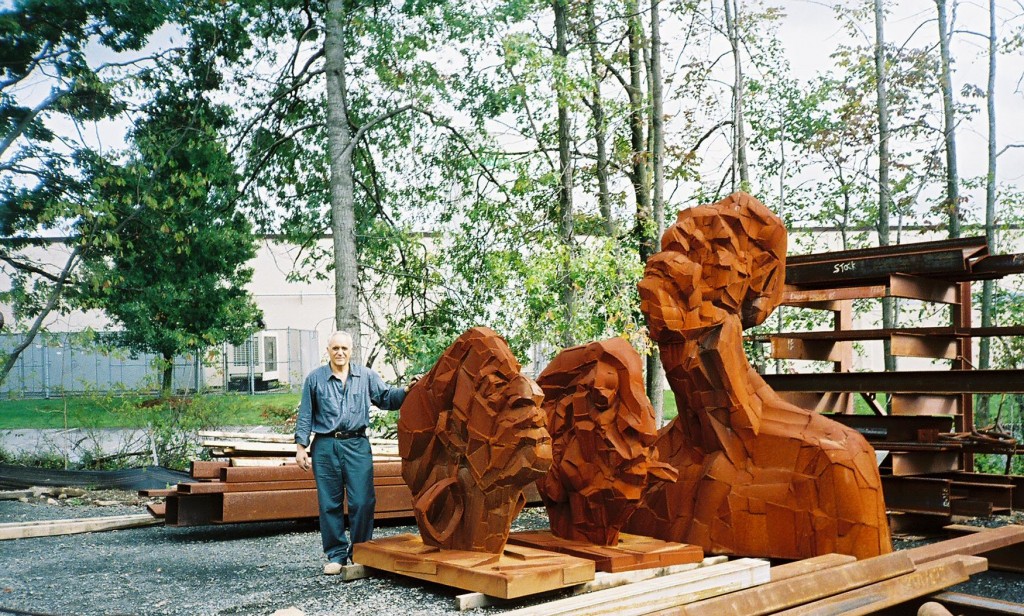 Although he now lives in the U.S., Valkov hails from Europe’s sunny state of Bulgaria. He was born in Ekzarch-Antiomovo, a small village on the Black Sea coast. As a thirty-year old man he moved to Poland and into a new linguistic and cultural environment. For a few years Valkov lived in Lublin, a beautiful city in Eastern Poland with a several century-old history and uncountable historical landmarks. While in Lublin he enrolled in courses at the Faculty of Art, Maria Curie-Skłodowska University. University level education allowed Valkov to become familiar with the history of art and aesthetics, but above all helped shape his artistic technique. He has very fond memories from his college days when he was not only learning the basics of drawing, sculpting, painting, printing and composition, but also studied form and – what was of vital importance to him – gained a respect for material and a solid technique. In 1992, after a five-year course, Stoian Valkov earned a master’s degree in art education. In order to receive his diploma he had to submit a sample of his work for the scrutiny of an examining board made up of the Faculty’s professors and present a written thesis. He presented a set of his sculptures while the thesis dealt with the work of his famous countryman – Christo.

Stoian Valkov’s artistic debut took place shortly after his graduation. His sculptures, much different from his earlier student works, had a unique, individual style which clearly showed the birth of a completely original artistic vision. The need to achieve that indigenous style had its roots the artist’s outlook on life and his psychological expectations. The view that “art has to be individualistic” was expressed by Valkov so often and with such conviction that it almost sounded like his artistic creed.

Valkov’s debut was a series entitled “Gypsies” which was made up of hollow-cast brass sculptures. The artist showed figures of men and women frozen in dynamic, colorful poses. Among them were Gypsy women in wide, wind-blown skirts and the character representing Gypsy the Wanderer with a walking cane and a traveling bag across his shoulders. Although the sculptures were figurative, they were much closer to abstraction than realistic representation. The figures were all highly stylized and dreamlike and all realistic elements (e.g. dresses and gowns) were there mainly as a form, a means of artistic expression. That is why the figures representing Gypsies became fully readable to the viewers only after a closer inspection. That was the artist’s deliberate effort which was to give the audience a chance for multiple and, above all, personal interpretation of the themes. And the associations were indeed plentiful. Those who saw mainly the dancers frozen in motion in Valkov’s shiny, metallic forms, probably thought about the fascinating world of the Gypsy folklore. On the other hand, the viewers captivated by the wandering Gypsy may have experienced the longing for a nomadic, yet colorful and intoxicatingly free lifestyle.

The second set of Valkov’s sculptures from that period to exhibit the same originality and incredible concentration of artistic expression was a group of oversize and aggressively expressionistic portraits of Gypsies. Similarly to the works mentioned before, those sculptures were portrait-symbols, merely alluding at the human form. They seemed to be an attempt at creating a synthetic representation of a Gypsy, rather than a realistic rendition of a singular model. Although the “heads” were lacking individual features of a particular person, they all exposed familiar traces of a typical Gypsy face such as narrow foreheads, crooked noses or moustaches.

The idea behind that series of sculptures came with a discovery the artist made while working as a welder for one of the Lublin industrial companies. He realized that scrap metal in the form of steel pipes, discarded and unneeded, could become artistically-charged material in the hands of a sculptor-welder. He proceeded to cut them into pieces with a torch and then welded them together to form the figures of Gypsies.

Valkov’s early work was received with awe and even admiration by the professional art critics and the artistic community. What earned their recognition was the fact that the artist was able to so clearly establish his theme and his fully unique style of expression over such a short period of time. Valkov’s sculptures were viewed as an extremely interesting artistic offering, both formally and in terms of its content. The sculptures were praised for their expressionistic form achieved through the use of deliberate deformations, exaggeration, as well as rich texture and color. Equally praised was the impeccable artistic technique. Valkov’s choice of his main theme was also considered original: the Gypsies, although universally considered an exotic and intriguing ethnic group, were nonetheless seldom subject of artistic attention.

It appeared that the successful debut, followed by a number of individual exhibitions of the artist’s works in Polish galleries, would be the beginning of Valkov’s grand artistic career. That, however, was not meant to be as the life caught up with him and sent him on the road again – this time to the USA. Difficult immigrant life meant that his beloved sculpting had to take the back seat to settling down on a different continent, learning the language and finding a job. Unable to pursue his own career, Valkov became an avid observer of the American cultural and artistic scene. He spent every moment of his spare time prowling the museums and art galleries. He was fascinated by the works of artists exhibiting in various venues and at the same time began to overcome his inferiority complex. He realized that his own ideas about sculpting were different from what everybody else seemed to be doing, that what he had to offer would be fresh and original. Valkov’s belief in his own creativity came back and he began contemplating a return to sculpting. After a few years of working as a welder Valkov achieved a degree of material stability and decided to return to sculpting. He rented a spacious, comfortable studio and began work with metal and the themes that captivated him a long time back – the portraits of Gypsies.

One of the most representative pieces of Valkov’s recent period is a monumental (three meters tall) bust of a moustached Gypsy smoking a pipe. The sculpture is worth a closer look as it not only represents a sample of Valkov’s artistic abilities, but also stands as a testimony to his unquestionable talent. The gigantic bust of a Gypsy will not leave the viewer indifferent: its sheer size is captivating, but not more than its formal expression or the quality of material from which it is made, its texture and color. The shape of the sculpture is geometric and synthetically simplified, although it is at the same time extremely fluid. The artistic value of the bust is mainly in its paint-like form, bearing an influence of impressionist tendencies, as well as its complex texture. The artist’s treatment of the figure shows the urge to operate through a multi-profile composition, i.e. to create a form which is meant to be viewed from various, equally appealing angles. The varied, light-dependant texture is achieved through the use of highly polished, almost mirror-like surfaces interspersed with rough, wrinkled elements. The play of light achieved through the mixing of large, polished surfaces with elements full of small dimples and protuberances together with well-pronounced welds makes for a pleasing, paint-like character of the piece. The complete sculpture is a metaphoric take on a human portrait.

I have been following Stoian Valkov’s career for many years. Therefore, I feel justified in claiming that both the deeply humanistic theme and well-conceived form of his works, rooted in an interesting artistic vision and superior technique, deserve the attention of art critics and enthusiasts. However, even the greatest talents need a helping hand. I strongly believe that if Valkov finds his Medici, he will shortly make a name for himself as a great artist.